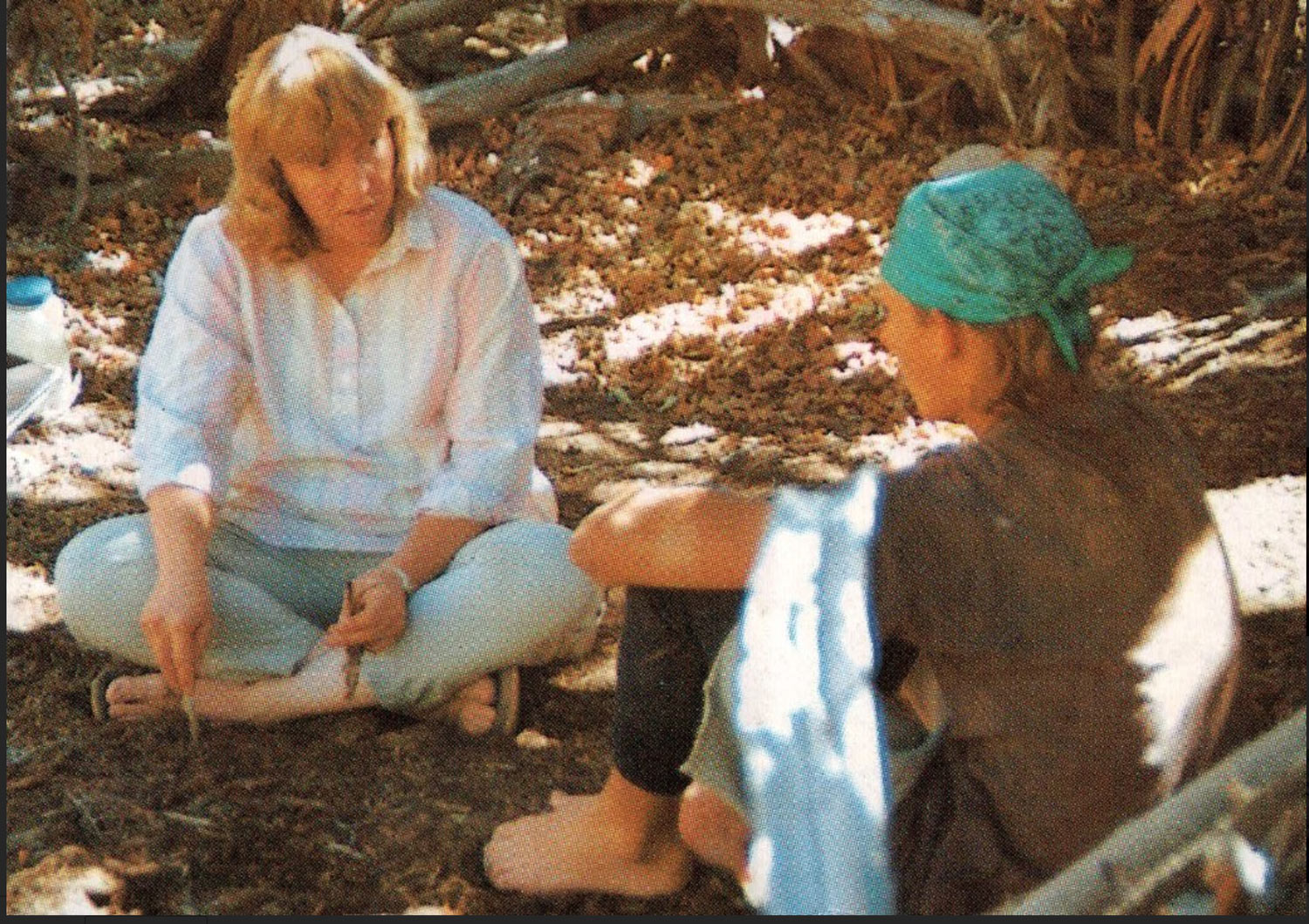 My Journey and How It Led to Starting Wilderness Therapy
Madolyn (Maddy) Liebing, Ph.D.​

In the following blog post, our clinical director Dr. Maddy Liebing reflects on how Wilderness Therapy has always played a role in her life, from her time spent outdoors as a girl, to developing the field itself!

I discovered the power of the wilderness as a child living in Southern Utah. I had a horse named Chubby and we wandered through the desert with our friends, and spent time cooking tin foil wrapped potatoes in a campfire. Some days I would write my mom a note saying I would be home by supper, pack a lunch, and then climb the red cliffs above our town. I explored the trails and slickrock cracks to the top of the plateau, and sometimes I just sat and became a part of the wilderness surrounding me.

When my younger brother and I became adults, we learned about backpacking the hard way… by trial and error in the White Cloud Wilderness of Idaho! We experienced how having appropriate equipment was better than using army packs, and learned how NOT to stay dry under a rotting log.

But with every adventure and mishap, my soul expanded as I allowed the land and trees and animals to become part of me. I saw, smelled, and felt the rain, the pine trees, the lakes, and the sunsets. Peace in the wilderness was my healer, even in a storm, and I experienced meditation without knowing what it was.

As a high school counselor in 1978, the school psychologist and I found that doing experiential groups with our troubled teens had a profound and lasting effect. We would take them up in the canyon above the school and do blindfold walks and initiate games. Processing the experience with them resulted in self-awareness and insight that sitting in a classroom rarely did. We realized the untapped power of combining wilderness, counseling, and troubled teens.

Eventually, we were able to talk the principal into letting us use school vans and take students on 6-day “Survival” trips. Of course, it was harder to convince the teachers to let the students miss a week of school, but we managed to do it and began what we later called Wilderness Therapy.  We led backpacking trips for our students, supported their 24-hour solos, and jumped off the cliffs into deep cool ponds with them. We talked about life and healing, concluding the week with a powerful group where we thanked each other and helped everyone to see their strengths.

Each time we planned a trek, we would put up a poster/sign-up sheet on the window of the counseling office and it would be full by the end of the day. The students had to provide their own equipment and we charged them $40.00 for the food. We would take 30 students at a time led by the two of us and, (when they would come), one or two teachers. We went into the wilds of southern Utah before cell phones were invented or satellite phones were available. We knew as we dove into the slick rock canyons that if we had an emergency, it would mean hiking out a day or two and hailing down a car on the highway, (which only happened once in 8 years!). We would do two spring trips and one fall one, and our initiative slowly expanded to other schools in the school district.

Eventually, our trips were shut down by the school board, though ironically trips in the wilderness were less dangerous than football and much more impactful! We had safely traversed the beautiful wilderness and grew and healed and helped each other. We learned how to make food over a fire, how to pack a pack, and how to set up a camp that would leave only footprints after we left. We taught the students what food was growing in the streams and cliffs, but left it in place, only tasting and not destroying. And we had joyous leaps into cool desert potholes, walked on white, red, and striped sandstone, rappelling some cliffs and handing down packs on others.

By the trip’s end, everyone knew themselves better and knew they could do hard things and have fun doing them. We spent time individually and in groups doing the counseling that could not have been done in the school building. Our crew was composed of troubled youth, student body officers, honor students, and everyone in between. The field was leveled, and we automatically created a safe and supportive community where everyone was equal, appreciated, and challenged at the same time.

In 1984, I used the experience to do my doctoral dissertation. We did pretests and post-tests to see if the 6 day treks had a measurable impact on the students. We knew the joy and great feelings everyone had on the ride home at the end of the trek, but wondered if we could document change in that short intervention. I did not lead the trips for a year so I could gather data in a more objective way. Surprisingly, the testing did have measurable results.  The students’ individual self-concept improved to the point that it was statistically significant. Additionally, their family self-concept grew, including their appreciation for parents, family,  and home.

This was a joyful and productive period in my life and career. I also shared these experiences in the desert with my children as they grew up, continuing my own growth, healing, and happiness.

So…  I continue to experience peace and joy in the wilderness. Even as recently as last summer, I gathered up my family–my husband, five grown daughters, and three granddaughters aged 3 to 10- and we backpacked into our favorite slickrock canyon. We hiked in the clear, cool stream, played in the potholes, and cooked on a tiny stove in a cave. We slept in the sand, talked and laughed, and got tired climbing out of the canyon.. the wilderness brought us closer together, rejuvenated our relationships, and brought us all desert joy! With hope for all I want to say, “Come to the wilderness and see what secrets it has for you!”

Welcome to the wilderness and find joy and self-discovery.

PrevPreviousWilderness Therapy as Trauma Treatment for Women
NextGeneralized Anxiety Disorder Is On The Rise For Women – How A Little Time In The Woods Can Help.Next